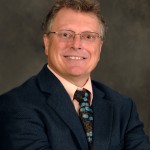 Dr. Kittleson is chair of the department of Public Health at the prestigious New York Medical College.  His department offers 4 MPH (Environmental Health, Health Policy & Management, Epidemiology, Behavioral Science & Health Promotion), an MS in Biostatistics, and a DrPH.  The Department is one of the most community minded programs in the entire Hudson Valley.

Prior to NYMC, Dr. Kittleson was Dean of the School of Health & Human Performance at SUNY Brockport (July, 2015-December, 2017).  He oversaw a School with some of the largest majors at the College–Nursing; Kinesiology, Sport Studies, and Physical Education;  Public Health & Health Education;  Healthcare Studies; and Recreation & Leisure Studies.  Prior to his move back east, Dr. Kittleson served as the Department Head for Public Health at New Mexico State University from 2011 until July 2015, where he oversaw both a bachelors in public health and a masters in public health offered on-line and in the traditional face-to-face format.  The Department saw many accomplishments during the 4 1/2 years Dr. Kittleson served at the helm.

From 1989 to 2011 Dr. Kittleson was professor of public health education at Southern Illinois University where he worked with hundreds of graduate students, chaired/served on 60+ committees and 70+ dissertations.  He has had the pleasure of mentoring some of the current and upcoming, leaders in the health education profession such as: Carl Hanson, Dixie Dennis, Karl Larson, Maureen Johnson, Priya Banerjee, Michele Pettit, Misty Rhodes and many others too numerous to list.

Mark has published 91 peer-reviewed articles, given nearly 150 presentations,  published/edited 19 books, and secured more than $3 Million in outside funding. He’s a fellow in the American Academy of Health Behavior, the organization that specializes in research, a fellow in the American Association of Health Education in 2010, the 2003 SIU’s College of Education & Human Services Researcher of the Year, the 2008 AAHE Scholar of the Year, and the 2011 AAHE/HEDIR Technology Award.

Aside from all that, he is most known widely known for being the founder of the HEDIR, some would consider the FIRST social network for the profession, created to bring professionals together from across all work settings.  The HEDIR continues to serve as a valued and lively resource for its nearly 2,000 subscribers today.

Has Mark achieved the goals he set forth for himself upon arrival at SIU in 1989?

History will be the ultimate judge.

Read a little about Dr. Kittleson’s views on Health Education.